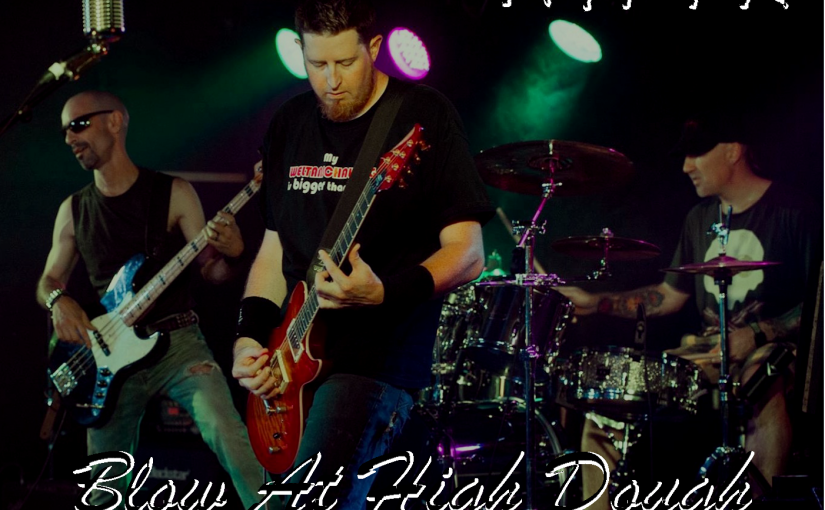 Why a cover? Why Blow At High Dough? Fair questions!

As everyone reading this already knows, on October 17th, 2017, we lost Gord Downie. To say that the man was a Canadian icon would be an understatement. Over 11 million of us – nearly a third of the entire population – watched the farewell show at Kingston’s K-Rock Center on August 20, 2016. It was a powerful moment.

So what’s the Wyntr connection? Well, we often bang out little bits of songs we like at our jams, either as warm up or just to goof around. It’s hard to pin down exactly when we started doing this but over time this evolved into us deciding to try doing an actual cover. Just for kicks, we figured it could be fun to do at shows. We established a rule that whatever cover(s) we did would have to be from Canadian bands. Just because.

We had experimented with a Bryan Adams song that turned out pretty cool in the jam room but the hair on the backs of our necks wasn’t exactly standing on end yet. We wanted to try a few more. One day, barely after we’d finished setting up, Lorne just randomly starts tapping on the high-hat and the groove just happened to be right for the bass intro to Blow At High Dough. So I just started playing while Ryan tuned his guitar and by some random fluke of the universe he kicks the tuner off and hits an A chord (to check his tuning) at exactly the point in the intro where the song literally does that…

So we kept going. And going. Ryan making up some of the words he didn’t quite remember, Lorne and I remembering changes literally the measure before they happened. We played the whole song from start to finish without ever having rehearsed it before, just from memory. It was a sign.

We introduced the song into our set to very positive reaction before Covid shut everything down, so we kept the song on the regular set list. There was something about how we played it that we just really, really liked.Some months later we’re at Hillside Audio and we knew we had to record it. It was a (mostly) live take, with Ryan’s insane twist on the guitar solo overdubbed afterwards.We think it came out great. We made it a point to respect the original while still putting a little splash of Wyntr on it. In fact we’d rather call this a tribute to The Tragically Hip than a cover.

Let us know what you think!